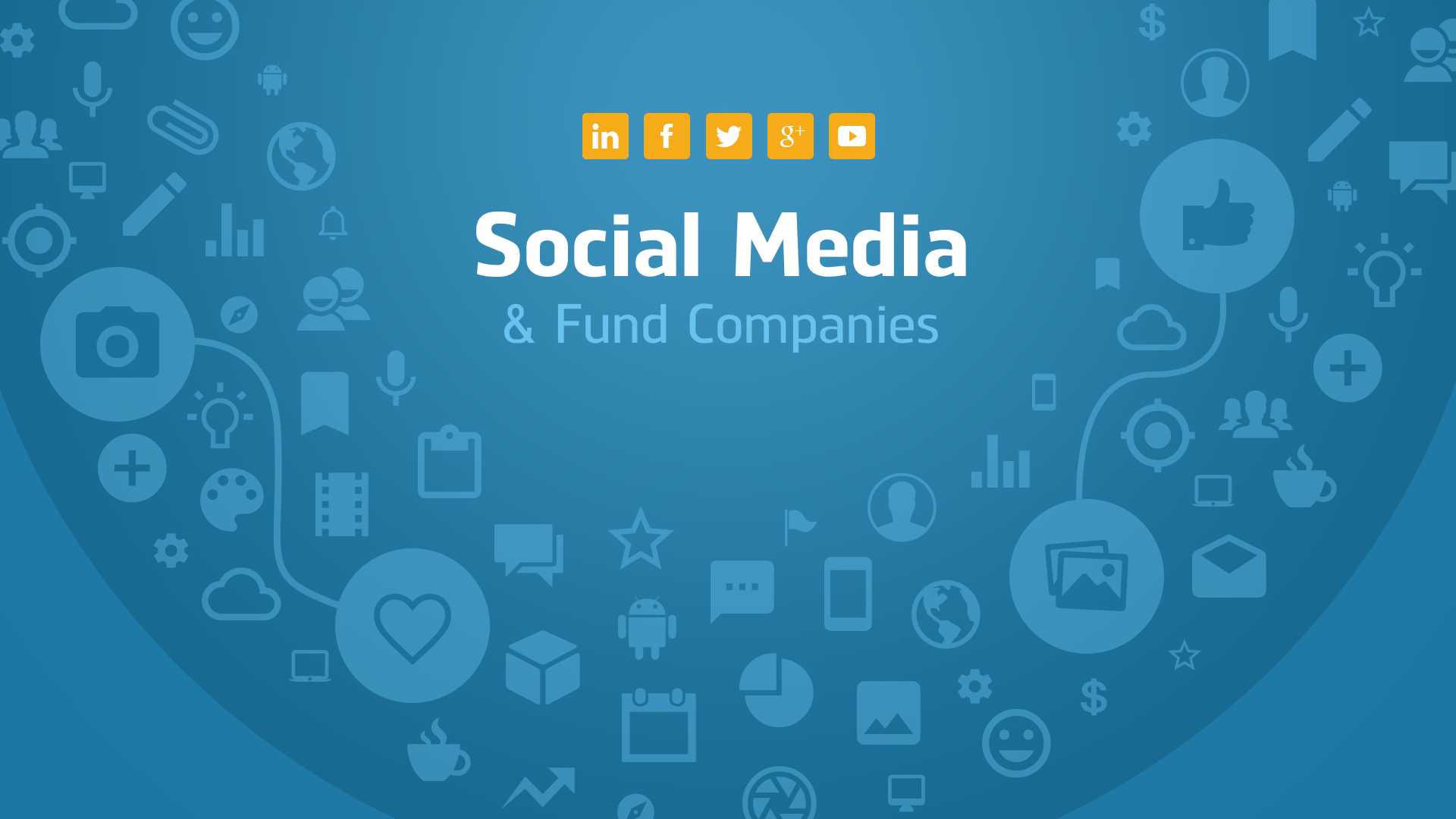 The social media wave has swept up businesses large and small in its wake, and fund companies are no exception. Does using social media help or hinder the fund companies which use it? That is a matter of opinion, but what is incontrovertible is that many mutual fund companies have made social media an integral part of their consumer outreach efforts. In this article, we examine the effects social media can have, both good and bad, on such companies.

Keeping in Touch/Consumer Outreach/Social Media: The Good and the Bad

The advent of social media has enabled fund companies to reach out to their customers and prospective customers more easily than ever before. Platforms such as Twitter, LinkedIn, and Facebook allow them to communicate certain information about their offerings more inexpensively than by taking out an advertisement or hiring marketing personnel.

A drawback of social media in this regard is that while social media users typically expect firms to share a wide variety of product information via the platforms, fund companies are restricted by regulation as to the type of information they can disseminate using the medium. This can lead to a potential backlash from consumers who expect greater sharing of information. At the same time, given the prevalence of social media throughout the business and consumer world, the lack of a social media presence can be detrimental to a fund company’s image, especially among younger investors more accustomed to using social media as an essential communication tool.

One issue facing fund companies which use social media is that consumers expect fast, if not instantaneous, responses to their inquiries via such platforms. Fund companies, given the regulatory issues involved in communicating with the public, are not always able to satisfy expectations of speedy responses. In addition to regulatory issues, a fund company that communicates with the public via social media should ensure that they are properly staffed to use such platforms. It is much better to let a consumer with questions about a fund know that their question has been noted and a response will be delivered as soon as the proper personnel have looked it over, rather than to simply let such questions go unanswered due to what appears to be inattention on the company’s part.

What policy measures can be used to avoid confusion among consumers as to what topics can be discussed on a company’s social media platforms? Some common guidelines used for this purpose are:

The SEC has provided guidance for fund companies interested in social media to stay in contact with customers and prospects. The regulatory body’s April 2013 publication of parameters for using social media provided a series of rules and examples companies can use when evaluating the types of communications they plan to make over social media. By clearing up the circumstances in which such communications can be made without requiring a filing with the agency, this guidance set the stage for a dramatic surge in the use of social media by fund companies.

Two significant guidelines contained in the SEC’s 2013 guidance letter were as follows:

The SEC’s guidance included a number of examples of situations where filing was or was not needed, providing further clarity for fund companies interested in using social media to expand their consumer outreach efforts. The resulting rush to incorporate social media into a fund company’s basket of tools for communicating with the public following publication of this guidance has not always been a smooth one; over time, however, a number of best practices for governing a fund company’s best practices have been developed. Several of these are covered in the next section.

To get the best results possible using social media, certain guidelines should be followed. The following tips can help your company use social media to maximum effect, while avoiding some of the pitfalls that can occur when companies don’t have robust policies governing use of the medium.

Putnam Investments offers an example of a fund management company that has made successful use of social media. In 2016 the firm won the first presentation of the Social Media Leader of the Year Award at the 23rd Annual Mutual Fund Industry Awards ceremony. The company was early to the social media scene, launching its Facebook and Twitter presence in 2009. It has focused on using its social media outlets, including Twitter, LinkedIn, Facebook, YouTube, Instagram, Google+, and three separate blogs, to build its brand and to help financial advisors better understand how to use social media to build their businesses.

As a broker-sold fund group, Putnam’s efforts to assist brokers use social media included seminars focusing on best practices for using LinkedIn and other social media, online resources, and video tips on its tech tips blog for advisors. While fund companies selling directly to consumers will, of course, want to tailor their social media offerings to appeal to individual investors, they can nevertheless utilize the same principle underlying Putnam’s efforts in this sphere: provide value-added content targeted to the particular needs of your audience. Also, if you’d like to read more about this topic and have future articles delivered conveniently to your inbox, please sign up for our newsletter.

Social media presents both risk and opportunity for fund companies, but its increasing use across the investment industry as a whole means that companies that haven’t adopted its use yet may want to seriously consider doing so. For firms that plan to start using social media, or to expand their use of it, developing a plan to effectively harness the medium is essential. Such a plan should include developing policies for its use, as enumerated earlier, and assigning personnel to manage the company’s social media platforms. If managed properly, social media outreach can take your company’s consumer engagement efforts to the next level and, ideally, help generate new business.

Want to learn more about optimizing layout and design of your Financial Reportings?


EET -how to measure and communicate sustainability

The first part of our Interview Series starts with Johannes Hauptmann, co-founder and CEO of Anevis Solutions. This interview is all about